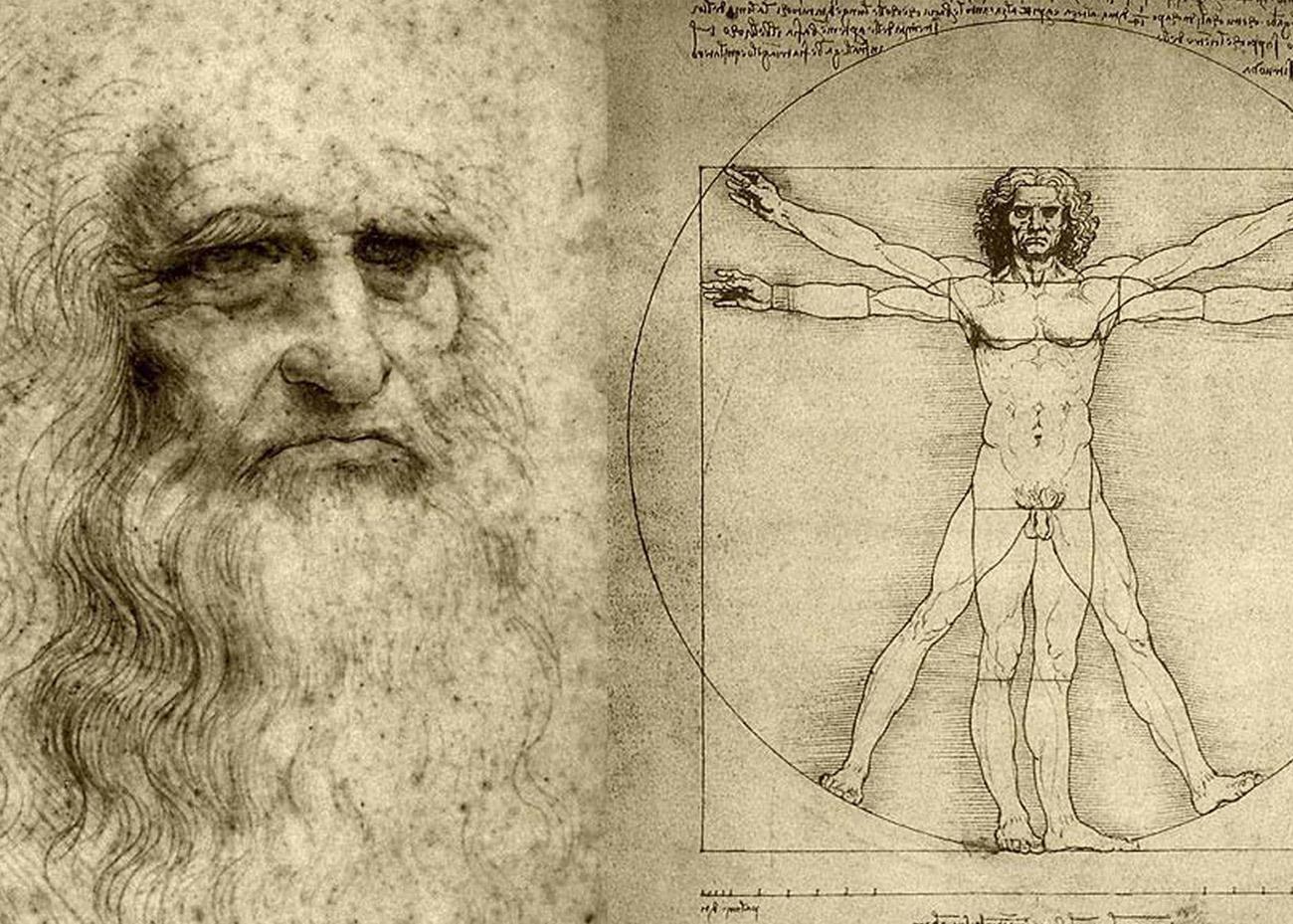 After 500 years we rediscover his relationship with the fabrics

Leonardo di Ser Piero da Vinci — certainly one of the greatest geniuses of humanity — was born on April 15, 1452 in Anchiano, near Vinci and died May 2, 1519 in Amboise in France. This year is the 500th anniversary of his death.

Architect, painter, designer, engineer, musician, botanist, anatomist, set designer, sculptor, inventor and much more, but above all, a careful and daring observer of his time.

He spent a large part of his life in Florence where the Guild of Silk was one seven Major Guilds. Those guilds were unions of respective arts and crafts, and the most powerful men belonged to them. The other 6 guilds were Judges and Notaries, Wool merchants, Wool manufacturers, Bankers, Physicians, pharmacists and painters, Skinners and furriers.

The guild of Florentine silk makers was formed as early as 1248. Subsequently, “The Treaty of the Silk Guild in Florence” was issued in the fifteenth century. It is a famous manuscript with detailed descriptions of the various stages of production and processing of silk fiber, now preserved in the Laurentian Medici Library

Leonardo in Milan, the region of silk

In 1482 Leonardo left Florence for Milan where he served at the court of Duke Ludovico Maria Sforza called “The Moor”. There Leonardo found himself immersed in an environment that was certainly one of the most artistically stimulating courts in the whole of Europe.

It was a court where silk and its cultivation were of primary importance and consideration, to the extent that the duke’s nickname, “Il Moro”, is believed to derive from the plant of mulberry tree, for in the Milanese dialect it is pronounced ‘Moròn’ (cf. Latin Morus).

The Duke Ludovico Sforza had in fact distinguished himself for he followed his intuition and increased mulberry plant cultivation in Lombardy. Thus he did the groundwork to establish a strong tradition of silk production in this area. In the following years and centuries this industry became an inexhaustible source which brought wealth and prosperity. It was a life-changing decision for the region which is now famous for its high quality silk. 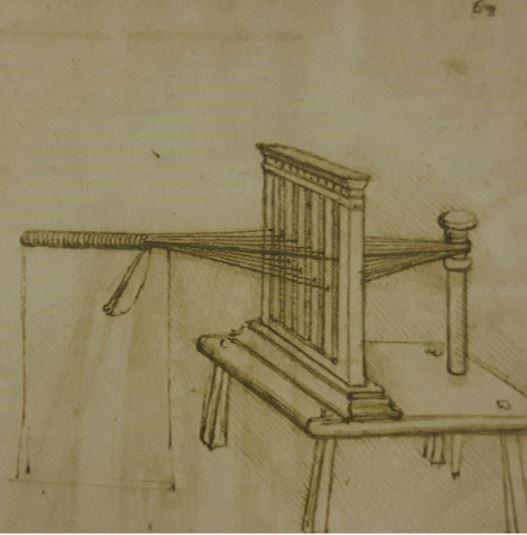 The enormous circular silk mill that Leonardo had already seen in Florence, impressed him very much, and when he saw it again in action in Milan, his mind was entirely captivated

Many of Leonardo’s drawings analyze the structures and movements of the silk mill. His observations focused on a technical problem that caused accumulation of fibers and threads in one specific point of the process, creating breaks and irregularities reeling. It could only be resolved when a person in charge would slow down the production cycle. 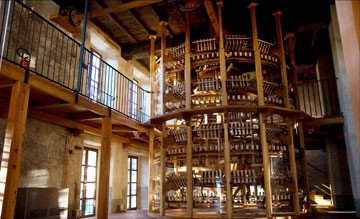 Leonardo then invented the ‘Zetto’, an ingenious device capable of moving some threads forward, using a pole to avoid the agglomerates of fibers, and making the filament more uniform.

Its use allowed to double the production within the same time, passing from 3 spindles per compartment to 6 and halving the workers for each machine