Interesting facts from the world of silk

There is a thin silk yarn that unites and connects the art of silk-screen printing, the world of banknotes, the history of paper money and ancient geographical maps. 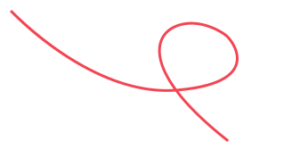 Silk-screen printing is an ancient printing technique that uses the transfer of ink or dye onto a support through a mechanical and pressing movement: once the dye has been placed on a frame with free parts and evened out using a scraper, it penetrates into the underlying substrate creating the desired pattern. One of the best known artists who made use of silk-screen printing was Andy Warhol with his Pop Art.

Silk-screen printing has its roots in history, similar techniques have been dated back to the times of the Phoenicians or the first Japanese art that, specialising in silk looms, gave it its name: silk-screen printing from the Latin “sericum” (silk) and from the Greek “graphein” (to write) = to write on silk. 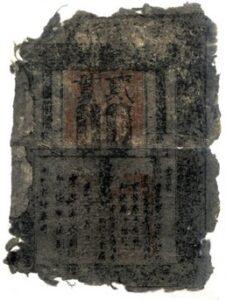 Marco Polo, (1254/1324), expressed his astonishment when describing the use of paper money in China. In chapter 95 of the Milione, recounting his travels between 1271 and 1295, in the reign of the Great Khan, the Venetian explorer was surprised by this method of payment and the fact that mulberry bark was used to produce silk paper money:

“Now you must know that the Great Khan has a coin made as I will explain to you. He takes the bark of a tree called mulberry, which is the tree whose leaves are eaten by silkworms, and they extract the inner film that is between the bark and the stem of the tree and from that film he creates papers such as the all black cotton. When these cards are ready, he divides them into smaller parts which in value are comparable to a coin of a small tornese, the other is worth a tornese, and the other is worth a large silver of Venice, the other a half, the other two large, the other five, the other ten and the other a golden bezant, the high two, the other three and so on up to ten bezants. All of these cards featured the seal of the Great Khan, and they produced so many that they matched the value of the imperial treasury. And when these papers are ready, he has them used in all payments and expenses in all the provinces and kingdoms and lands where he is our ruler; and no one dares to refuse them, for fear of death.” Ancient geographic maps made of silk 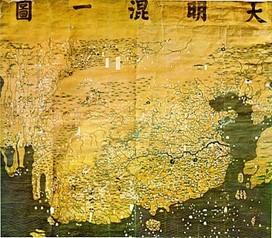 The oldest known map of the world is made of silk and is called Kangnido, the abbreviated name of Honil Gangni Yeokdae Gukdo Ji Do which means “Map of integrated lands and regions of historical countries and capitals.” Created in 1402 in Korea, the original was destroyed but 3 copies currently kept in Japan have come down to us. The best preserved version, from the 15th century, contains an original written preface. It is certainly the oldest example of a globe, created long before the Chinese and Japanese attempts. It represents the old world with China in the centre, Mongolia to the north, Java to the south, Japan to the east and Africa and Europe to the west. It is the first Asian map to show Europe. Probably intended to be hung from a screen, with a size of 164 x 171, it is made entirely of silk with colours that are still bright even today, especially the green of the seas and the blue of the rivers.