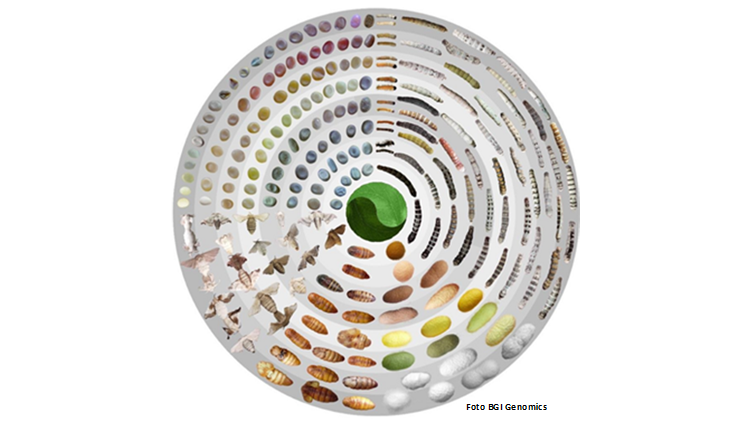 Silk – Ancient fibre, material of the future
A digital silkworm

Cosetex Silk, the material of the future

Natural silk fibre, is one of the the oldest natural fibres used by man. .Sources and discoveries date its use as early as 6000 years BC.

Natural silk fibre is the innovative material of the future , an exceptional research and innovation laboratory, a field of development and study capable of achieving exceptional results, a field of analysis for new discoveries to be expanded in other markets and sectors.

The Chinese biotech company BGI Genomics, , in collaboration with the Southwest University, the State Key Laboratory of Silkworm Genome Biology, has for the first and most complete time, defined the pangenoma of the domestic and wild silkworm. The first digital silkworm to contain almost the entire genetic heritage of the silkworm.The pangenoma represents theevolution of the Genome, a catalogue of the various DNA sequences capable of capturing genetic diversity as much as possible: the first encyclopedia of the genetic difference of a living being.

Through the study and the sequence of 1078 types of silkworms, (205 Bombyx Mory strains, 194 modified varieties and 632 genetic strains, 47 wild Bombyx Mandarina strains), 55 TERAs of data were collected that allowed the realisation of the largest and most complete long-read pangenoma relative to plants and animals.

A NEW GENERATION OF SILK – MATERIAL OF THE FUTURE

“A SILK MORE AND MORE MATERIAL OF THE FUTURE “